Why Politics Cannot Be Separated From Sports

Despair and anguish unavoidably swept their way through the country on Monday. Football fans should have been mourning the soul-shattering loss to Italy in England’s first major final since 1966, but the most devastating thing to come out of the final was the vicious racist abuse aimed at the players. 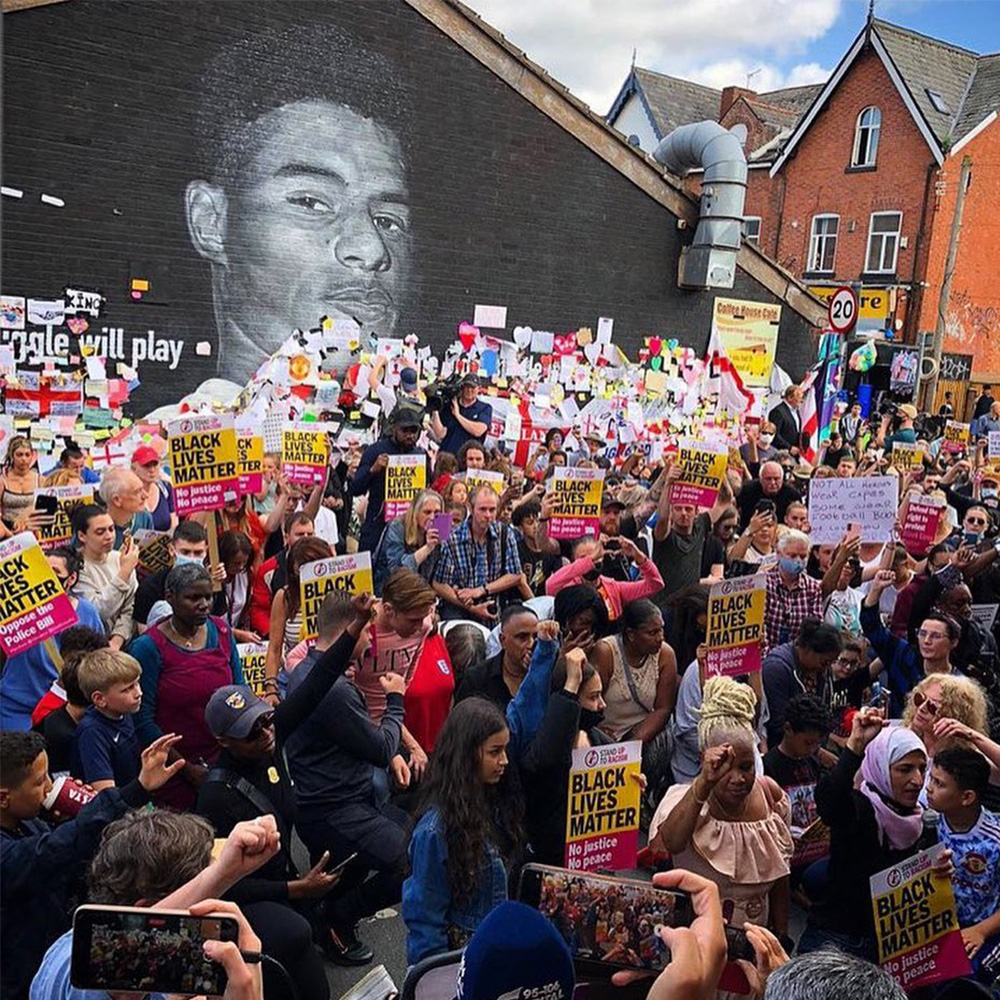 After being held to a 1-1 draw over 120 minutes, the team ultimately lost to the Azzurri 3-2 on penalties. England youngster’s Jadon Sancho, Bukayo Saka and Marcus Rashford were the players to miss their penalties and this was met with an onslaught of racist abuse online.

Throughout football history, England fans have gained a reputation for themselves as being disrespectful, and this tournament was no exception. From booing the opposition’s national anthem to attacking a child online for crying during Germany’s round of 16 loss to England, it comes as no surprise that the supporters would continue to bring shame to the country when the team lost.

Racism is so deeply rooted in Britain. As soon as Saka missed the penalty, the racist abuse felt inevitable. The result meant that Black supporters feared for their safety as they travelled home from watching the match. This is a country whose supporters booed their own players taking the knee in solidarity against racism. This is a country ran by a government that refused to condemn these fans for doing so. This is England, an England that is not deserving of the team that brought the country so much joy on their route to the final.

You don’t get to stoke the fire at the beginning of the tournament by labelling our anti-racism message as ‘Gesture Politics’ & then pretend to be disgusted when the very thing we’re campaigning against, happens. https://t.co/fdTKHsxTB2

Politics cannot be separated from sports. If you think it can, that’s because you have the privilege to be able to see sports as a form of escapism. For so many, the highs and lows of football lead to an increase in domestic violence, instances of racism and hate crimes. There’s so much more to lose than a game of football.

A mural of Rashford in his home town of Withington was defaced leading to supporters, not just of England football but of the remarkable man that Rashford is, flocked to the mural to fill it with messages of support for the England international and his teammates. In a powerful statement, Rashford apologised for his penalty miss, but asserted “I’m Marcus Rashford, 23 year old, black man from Withington and Wythenshawe, South Manchester. If I have nothing else I have that”.

A petition to ban racists from football matches forever has already received one million signatures, with Boris Johnson later announcing that online abusers will not be going to matches. It is clear that the government’s and the governing bodies within football need to increase their anti-racism efforts going forward.