Social media has impacted people’s lives since the days of MySpace. It tends to have the firmest grip on the minds of teenagers (who can forget the chokehold 2014 Tumblr had us all in?). TikTok is the latest social media platform to steal the world’s attention, but its impact is hitting heights that its competitors couldn’t have imagined reaching. 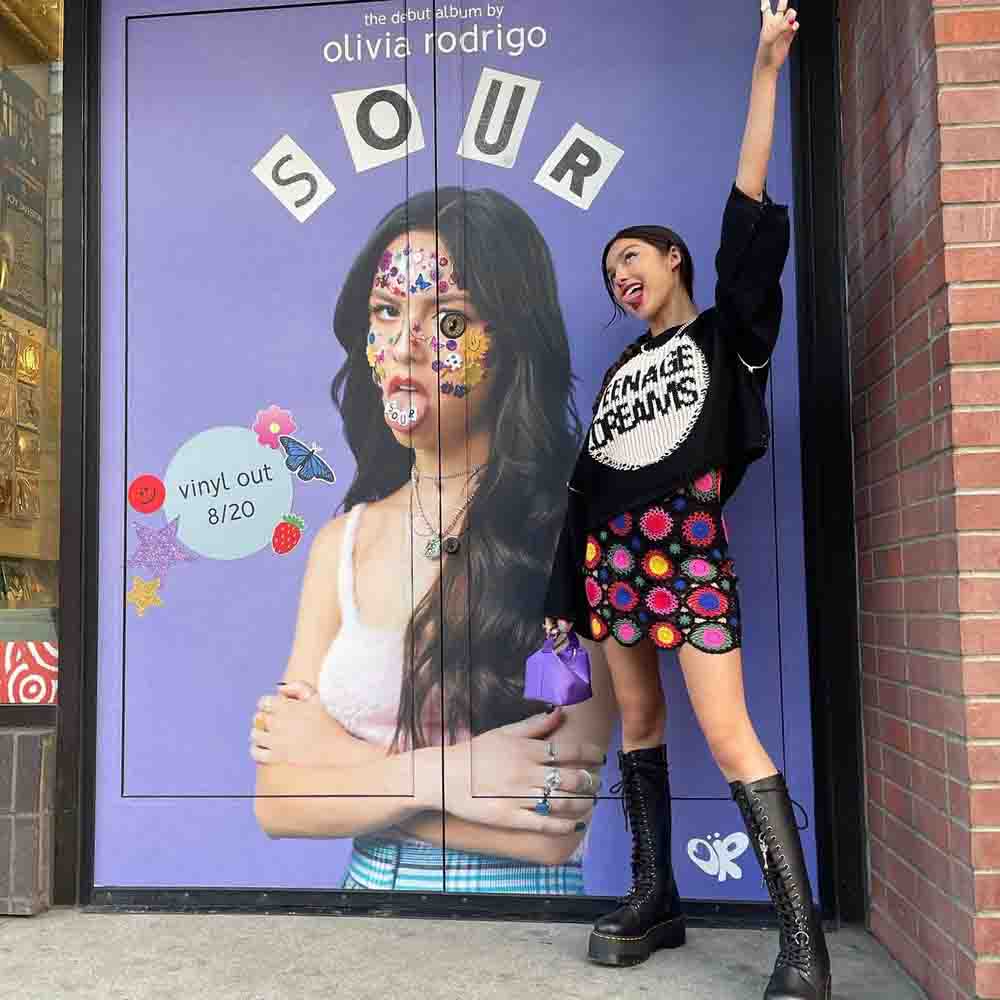 The most startling aspect of the app, and perhaps most integral to ensuring its users stick around, is the astonishingly accurate algorithm. Its precision almost has me buying into the conspiracy theories that believe we’re all being constantly watched Big Brother-style. But how does TikTok know things about me before I even know them myself?

Like so many people, I curated an entirely new personality during lockdown. I got rid of the fringe that had ruled over my forehead for six years, and I started to let astrology govern every important life decision I made. But more than anything, my Spotify library has been completely revamped, and it’s all because of TikTok.

I’ll never forget the first time the app influenced me to listen to a song. Back in July 2020, a clip from the song ‘Exile’ was a popular sound circulating the app. Immediately my brain opened Spotify. I listened to the entire song, then the entire folklore album. Flash forward a year, and now my nieces ask me if I love Taylor Swift more than I love them (I don’t, but it’s close). The app’s impact on our consumption habits feels inevitable, and its influence goes way beyond my identity crisis. TikTok is reshaping the music industry.

Music makes up for a large proportion of user experience on the app. Audios become associated with a particular trend and, as the trend gains popularity, the sound can go viral. If this happens with a song, it can reach millions of users multiple times a day, and you’ve got a hit on your hands. One of the biggest success stories attributed to the app is the rapid rise of singer Olivia Rodrigo.

When popular creator Charli D’Amelio posted a video with the song ‘Driver’s License’ to her millions of followers, the song blew up on TikTok and then skyrocketed up the charts. Rodrigo’s first single became an overnight sensation, debuting at number one and breaking Spotify’s record for the most streams in a day. In an age ruled by the internet, streaming has more power over music sales than ever before. The charts no longer have complete control over popular music: TikTok reigns supreme over the top 40.

Rodrigo’s debut album ‘Sour’ became the quickest album to have all of its tracks reach 100 million streams on Spotify just months after its release. Clearly, she wasn’t ever going to be a TikTok one hit wonder. The singer couldn’t have flourished as much as she has without a remarkable ability to write a hit song that resonates with millions of people, but TikTok has undoubtedly had its hand in propelling her to stardom. According to a study by MRC Data, 67% of TikTok users will listen to a song on streaming services after hearing them on the app. With around a billion active users on the platform, TikTok provides artists with a reach that other platforms can’t compete with.

This exposure is also accessible to new artists who can’t boast of a background working for Disney like Rodrigo. The app allows musicians to bypass various intermediaries that they would have to tackle with traditional distribution. Theoretically, you can make a song and upload it on to TikTok with no backing from big labels and have a chart hit. The radio might play a song a few times a day, so an artist relies on their target audience tuning in at that specific time. With TikTok, the song is more likely to reach a particular target demographic, will be played multiple times an hour, and becomes an earworm that cannot be shaken by users until they stream it. The app has also provided labels with a new method of scouting potential artists, something that was stunted during the pandemic. With more people putting themselves out there during this time, the parameters of who can become a star are becoming more achievable.

Through Rodrigo’s achievements, we can see that using TikTok as a marketing tool is probably the best way to successfully promote music right now. Lil Nas X’s ‘Old Town Road’ was initially pushed out as a meme that subsequently had a meteoric rise on TikTok. An older sibling to ‘Driver’s License’, the song went on to break countless records, and the rapper credits the app for his rise to fame. Satan shoes, a Tony Hawk collab and a pregnancy shoot to announce the birth of his debut album, Lil Nas X is a master of marketing who knows how to make people listen in the age of social media.

It’s not just new music that’s gaining popularity, TikTok is breathing life into decades-old songs that Gen Z might not otherwise have listened to. Fleetwood Mac’s 1997 hit ‘Dreams’ re-surfaced in the charts after a TikTok of a man boarding down the street to the song went viral. The vibes were immaculate and that’s all it took for the song to take flight again.

‘Dreams’ already charted at number one back in the 70s, but songs don’t need these credentials to reach great heights. Former grime artist Millie B released ‘Sophie Aspin Send’ in 2016. The song occupied a niche space in the hearts of the British public alongside Rachel from X Factor and the phrase ‘what a sad little life Jane’. Who could have predicted that it would become the soundtrack to the most liked video on TikTok? The viral video was made by creator Bella Poarch and has over 52.5 million likes and the song was added to Spotify in 2020.

This is how TikTok operates. It’s the app where long-forgotten gems become chart hits once again. Where talented people without the privilege of contacts and money can distribute their music to the people who will love it. Where masses of budding Beccas from Pitch Perfect can put up their mashup of songs until you don’t even remember what the original sounds like. The songs nestle in your brain until you have no choice but to stream them. Since the genesis of social media, it has influenced the way we think, the way we dress and what we listen to. Even if it’s overtaken by the next big platform, TikTok’s impact will be everlasting and I’m sure people will be listening to those March 2020 playlists long into the future.