Mental Wellbeing vs The Olympics

Last Tuesday, Simone Biles withdrew from the gymnastics team final at the Olympics because of mental health issues. 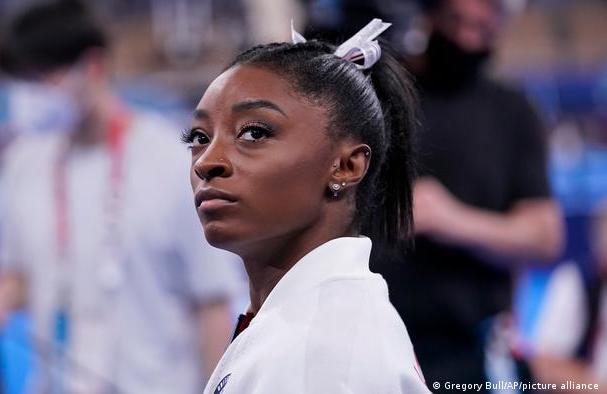 In doing so, the gymnast has provoked a wider discussion about the implications an individual’s mental state can have on their performance levels. Most importantly, Biles has shown the world the power behind saying enough is enough.

Simone Biles is the emblem of success. Taking thirty major gymnastics medals into this year’s Tokyo Olympic Games, no gymnast is more highly decorated than the 24-year-old. Her credentials speak for themselves, and she has nothing further to prove; this doesn’t stop the world from demanding more. She’s a master of her craft who consistently triumphs against her competitors. Gold is given. But what happens when it’s not?

All eyes turned to the women’s gymnastics event, where Biles was sure to further increase her record-breaking tally. But with great success comes immense pressure. Stepping onto the world’s biggest stage, the gymnast planned on performing an Amanar- a vault she’s successfully executed countless times. Instead of completing two and a half twists, she only completed one and a half, consequently faltering her landing. It quickly became clear that something was wrong. Before long, we received the news that would shock the Olympics: Simone Biles won’t be competing.

USA Gymnastics released a statement saying that Biles had withdrawn from further events to focus on her mental health. It later transpired that the athlete was suffering from a phenomenon called “the twisties”, a dangerous mental block that causes gymnasts to become disorientated and lose spatial awareness when in the air. Gymnastics is not only one of the most physically demanding sports, frequently causing a high number of injuries, but it can also take its toll on an individual’s psychology. An off day doesn’t just minimise the quality of performance. The high amount of skill required to pull off each move is monumental. If an athlete’s brain fails to work in tandem with their body, the consequences could be life-threatening.

This story comes just a few months after tennis player Naomi Osaka withdrew from the 2021 French open, also citing mental health issues as the reason. Osaka confessed that being in the spotlight has had a detrimental effect on her mental health. Similarly, in an Instagram post, Biles stated “I truly do feel like I have the weight of the world on my shoulders at times.” As young Black women in sport, the athletes are under more intense scrutiny than their white colleagues. They have had to fight harder to receive the recognition they deserve. If they fall short, judgment is more severe, and they are expected to recover instantly. Racial bias in medical treatment has led to a false narrative that Black women can withstand more physical and mental pain, and this has been perpetuated for far too long. Biles and Osaka are helping stop this cycle by refusing to let their mental health be overlooked.

Biles made her return to the competition in the Women’s Balance Beam this Tuesday and her smile lit up the arena. There was no expectation for a medal. To see an athlete have fun doing the thing she loves after such a tumultuous time getting there was mesmerising. Biles placed third and deemed her seventh Olympic medal “more special” than her previous bronze at Rio. This bronze represents a win so much bigger than athletic competition. Simone Biles’ strength silences anyone who says she’s weak for not competing.

The Olympics is no joke. Mental health is no joke. To see the biggest star publicly set boundaries to protect herself will undoubtedly inspire a generation to prioritise their mental health. Nobody says it better than Biles herself: “I say put mental health first. Because if you don’t, then you’re not going to enjoy your sport and you’re not going to succeed as much as you want to. So it’s OK sometimes to even sit out the big competitions to focus on yourself, because it shows how strong of a competitor and person that you really are — rather than just battle through it.” Her words ring true for athletes and non-athletes alike. Whether you’re an Olympic medallist or not, your mental health matters.