To satisfy the snacking addiction many of us developed over lockdown, we have put together a list of lighter bites (and they’re hot girl summer friendly!).  Here goes! 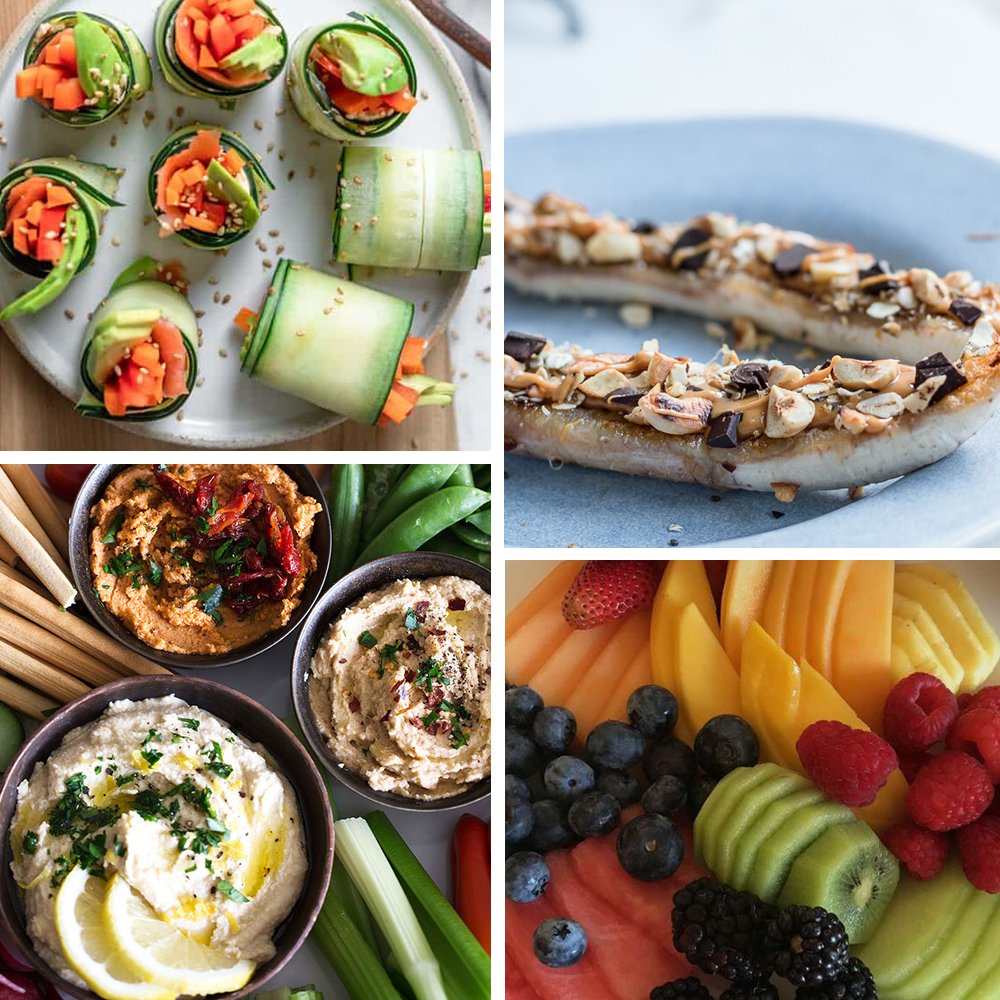 Summer is on the radar and there’s no denying that we want to feel and look our best for the season. One way to tune into this goal is by nourishing and taking care of our bodies from the inside out. It’s true what they say, what you feed your body shines through in your skin, hair and overall appearance.  Here are our favourite healthy summer snacks.

As basic as it sounds, you can’t go wrong with snacking on fruit; generally, no prep involved and satisfies sweet cravings. In summer, I gravitate towards more exotic varieties; watermelon, mango, and pineapple, but the humble apple or banana is a snacking saviour to grab and go.

This is a snack I have been obsessed with for as long as I can remember. A classic, but it hits the spot every time. Apple and peanut butter is the perfect combo of sweet, salty, crispy and crunchy. It’s a snack that I genuinely look forward to and makes a great dessert or quick breakfast.

I am quite clearly addicted to peanut butter. The stuff runs through my veins at this point in life, and I’m not even mad about it. For this snack, all that’s required is slicing a banana down the middle, drizzling with peanut butter, a touch of honey and any additional toppings. I love to sprinkle on seeds, raisins, coconut chips or cacao nibs. 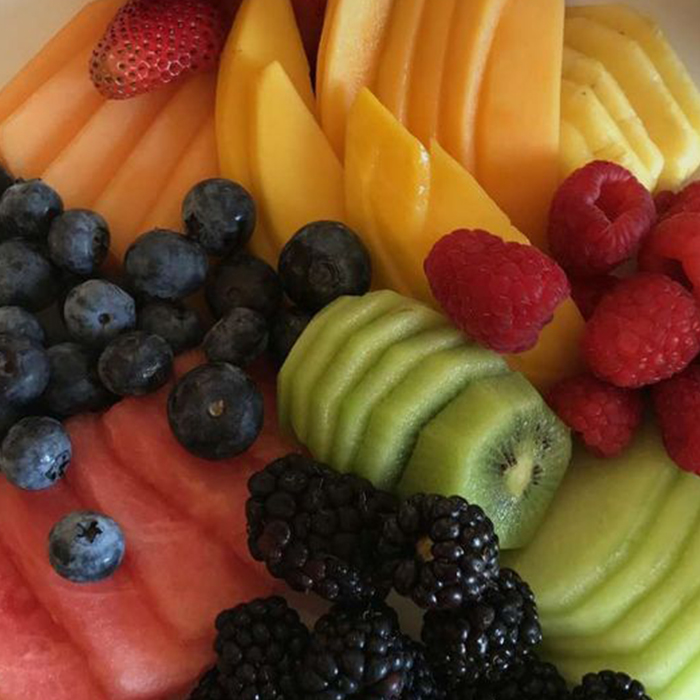 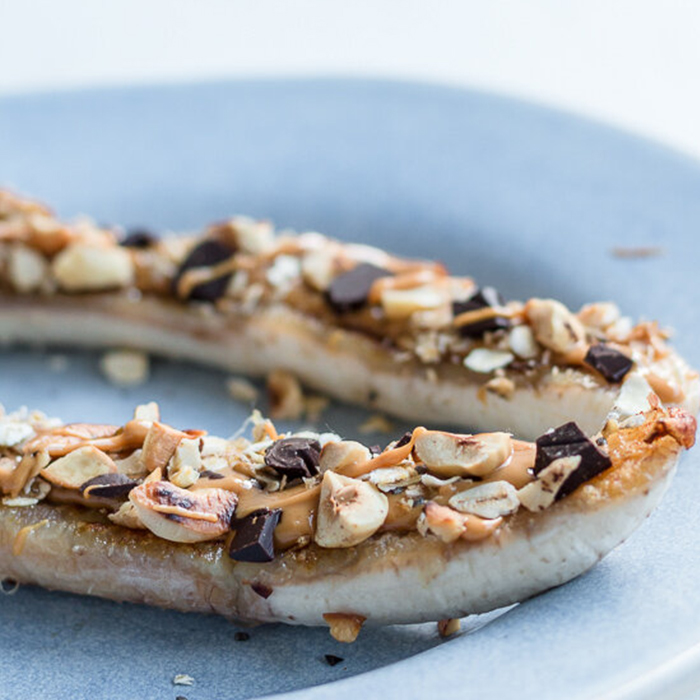 Not only are these colourful bowls Instagram feed friendly but they are insanely delish. Start by making a smoothie base – frozen fruit is key for a thick consistency, then add your toppings of choice. I like to blend frozen berries or a tropical fruit mix with half of a banana, a dash of plant mylk and a big handful of spinach (a great way to hide those greens). For toppings, I tend to reach for the remaining banana, kiwi, nuts, peanut butter, coconut chips or seeds. Granola is another fab addition for some extra crunch, but beware, shop–bought ranges tend to be laden with sugar.

Chocoholics rejoice, you can still get your daily dose while on hot girl summer prep. Swap out your usual milk chocolate snacks for a few squares of 80-90% dark chocolate. The bitter taste will prevent you from eating the entire bar while providing a powerful source of antioxidants. 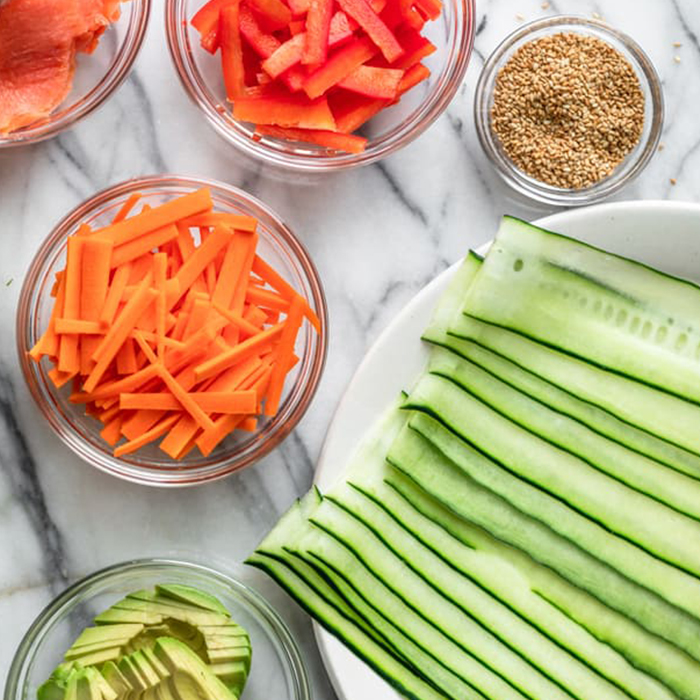 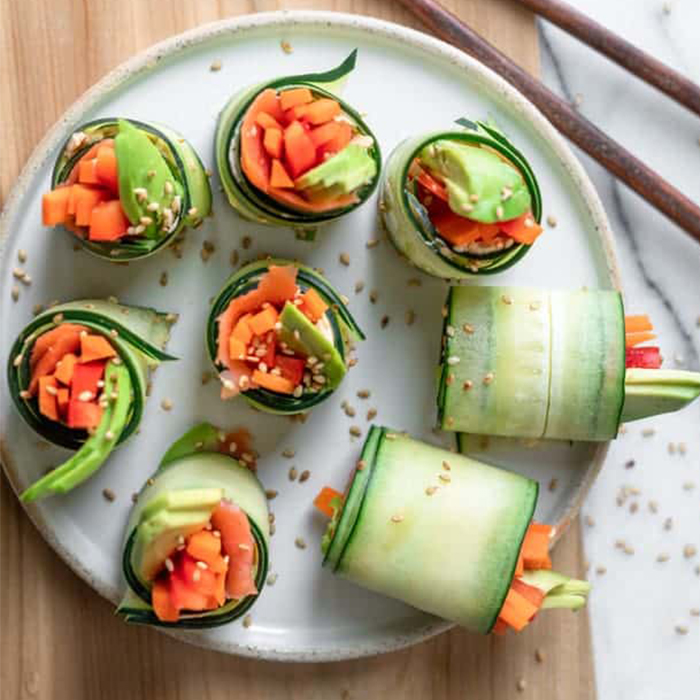 If you are more of a savoury snacker, this is a simple but trusty option. Cut up your fave veggies – cucumber, celery, carrots, pepper, arrange in a cute bowl and get dipping into that creamy hummus. If you’re feeling extra fancy, you can even whip up your own with minimal ingredients. There are now lots of flavoured varieties in the supermarkets, including, Moroccan, sweet chilli, pesto, roasted red pepper and caramelised onion. A hummus for every personality.

Think of this as an airy avocado toast. Smash up an avocado with lemon, chilli flakes, garlic powder, salt and pepper. Load onto a rice cake and enjoy! If feeling extra peckish top with cherry tomatoes, feta or smoked salmon.

A fun take on sushi, without the rice! Although it might seem a little faffy at first, this savoury summer snack can be pre-made and kept in the fridge for when that 3pm snack attack hits.

Using a potato peeler, slice the cucumber into long flat ribbons, this acts as the seaweed element of the sushi. Thinly slice red pepper, carrots and avocado to act as the filling. If opting for a high protein snack, tuna or smoked salmon adds an extra boost. Lay out the cucumber ribbons, spread a thin layer of cream cheese on top before placing on the prepared fillings. Starting from the top, tightly roll the cucumber until a sushi-like resemblance is formed. Sprinkle with sesame seeds, crispy onions or soya sauce if desired. 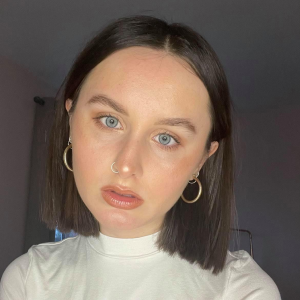 Petite Irish girl in Leeds with a penchant for cocktails, coffee and clothes...