When it was still safe to travel, I pounced at the chance to escape home, a cage for the past few months. I was desperate, however small, for adventure. 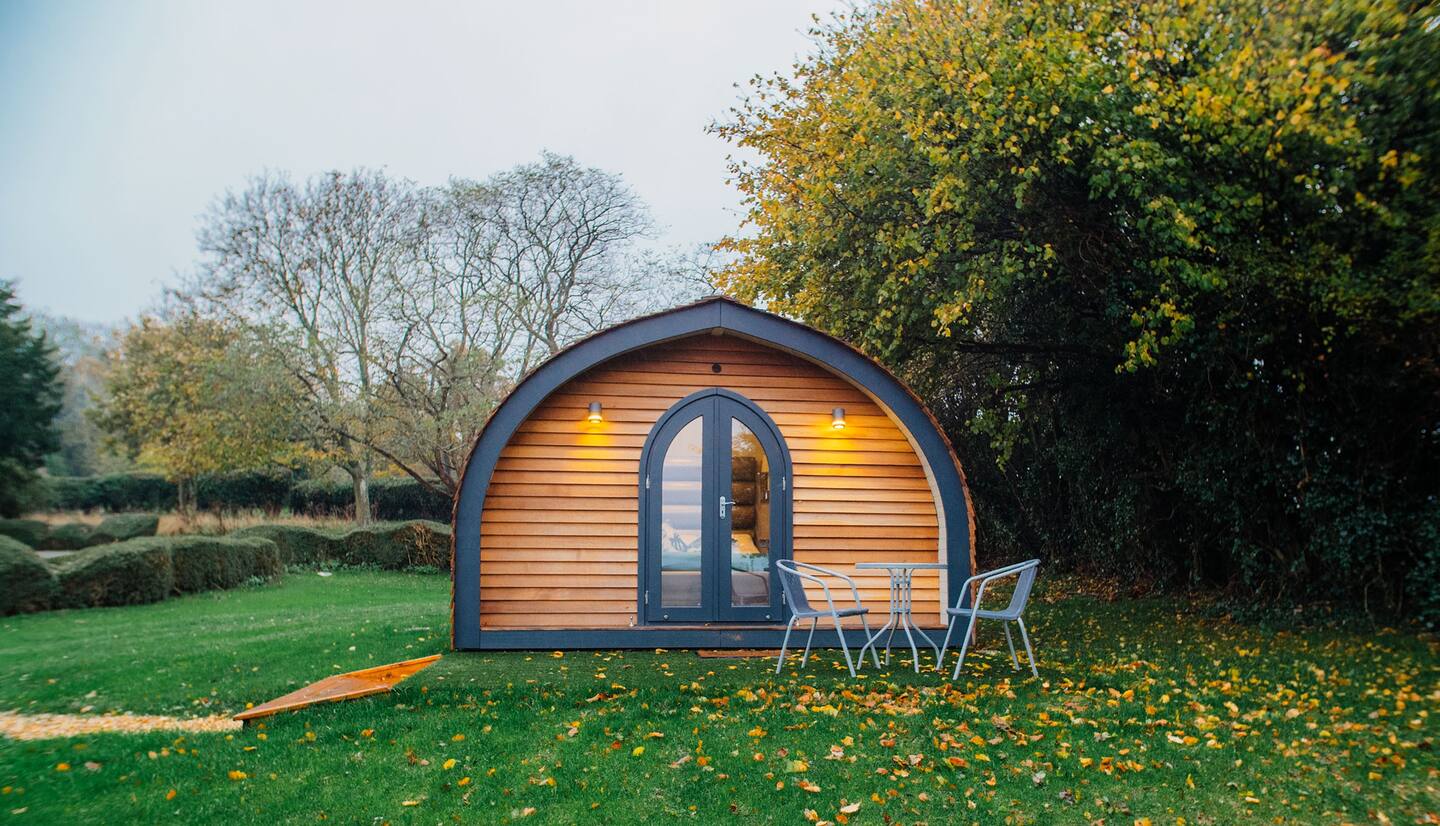 Life became too unbearable over the past few months. I had the naïve impression during my studies that after my obligatory graduation hat toss in my own living room that a job would be waiting for me. But the worsening global pandemic was the sole perpetrator of the adding of salt to the wound by laying off thousands of employees: safe to say not many were hiring. And the idea of home imprisonment for another national lockdown stretch was bound to destroy my mental health. When it was still safe to travel, I pounced at the chance to escape home, a cage for the past few months. I was desperate, however small, for adventure.

I decided to travel and stay for one night at The Luxe Pod at Riversdown House, Warnford. 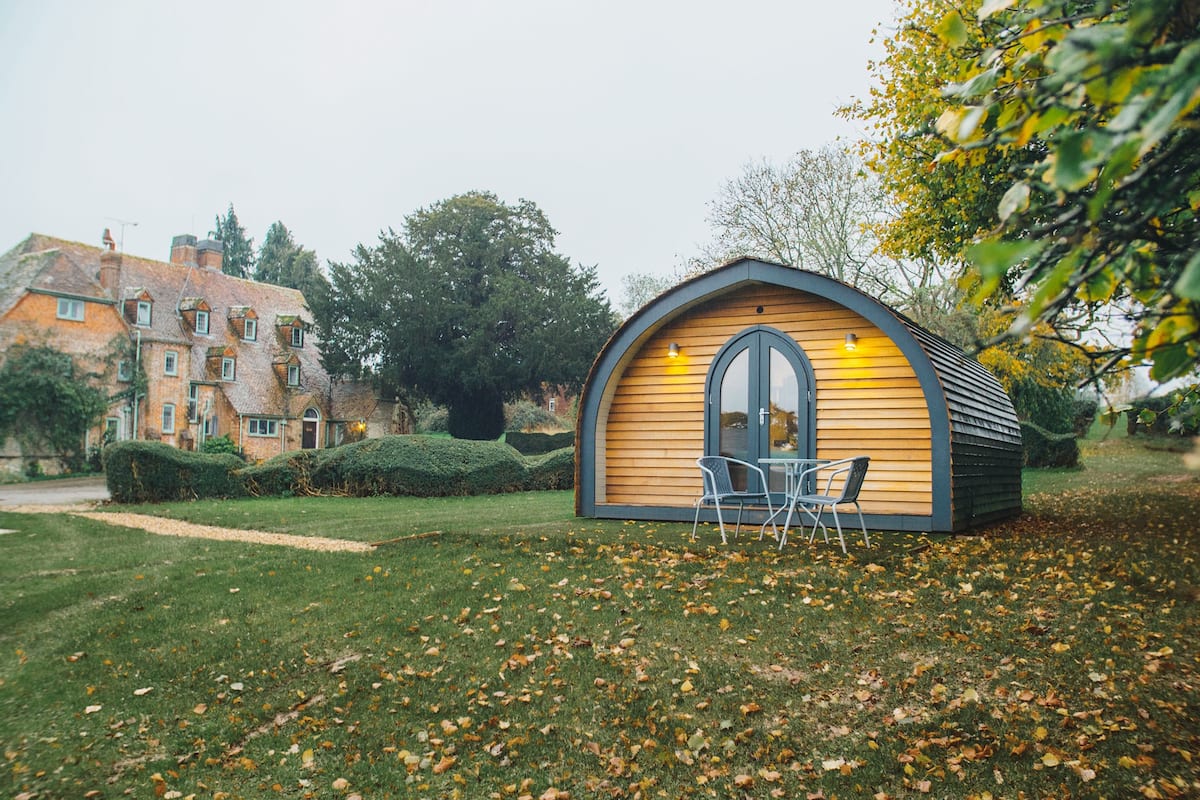 The roads leading to the house were narrow and, on both sides, tall looming trees crowded like walls of bark. Empty fields spread far and wide in every direction. When I arrived by car it was already late winter afternoon.  Streetlamps that cast an orange glow were scarce but just enough of them to keep the road to the house well-lit. As soon as I parked, Sue, the domestic manager, greeted me. She walked me to the pod. Up ahead in the pitch blackness the pod’s light, like a bastion of heat, shone out from the inside. The door opened and the heating felt like an enveloping hug; Sue’s hospitality, too, elevated our welcome’s warmness.

The pod sat in an unimposing way near the front circle driveway of Riversdown. Its nickname Apollo was coined by Sir Richard Lewis, the owner along with his wife Jane, given that it orbits closely to Riversdown (a minute or so walking distance). This area of land, falling under the South Downs national park boundaries, is in the Dark Sky Reserves – a space where when darkness descends the stars come out above shining brighter than any built-up city. Riverdown’s history stretches back to AD 100, where the foundation was the site of a Roman settlement. As time and history matured the home matured along with it, metamorphosing later in the 14th Century into a Great Hall. 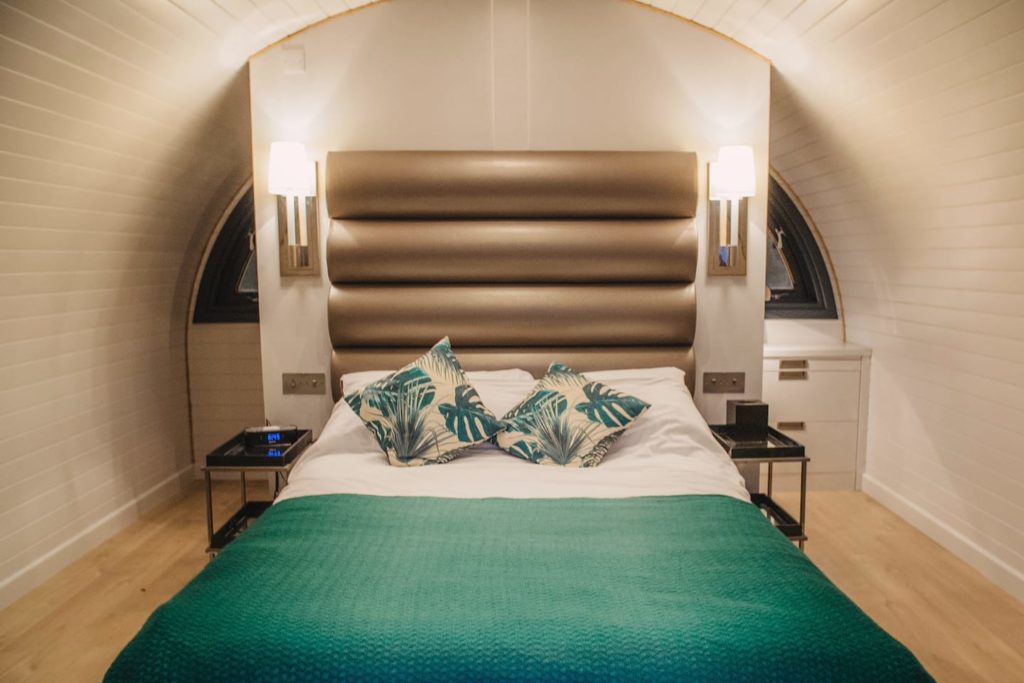 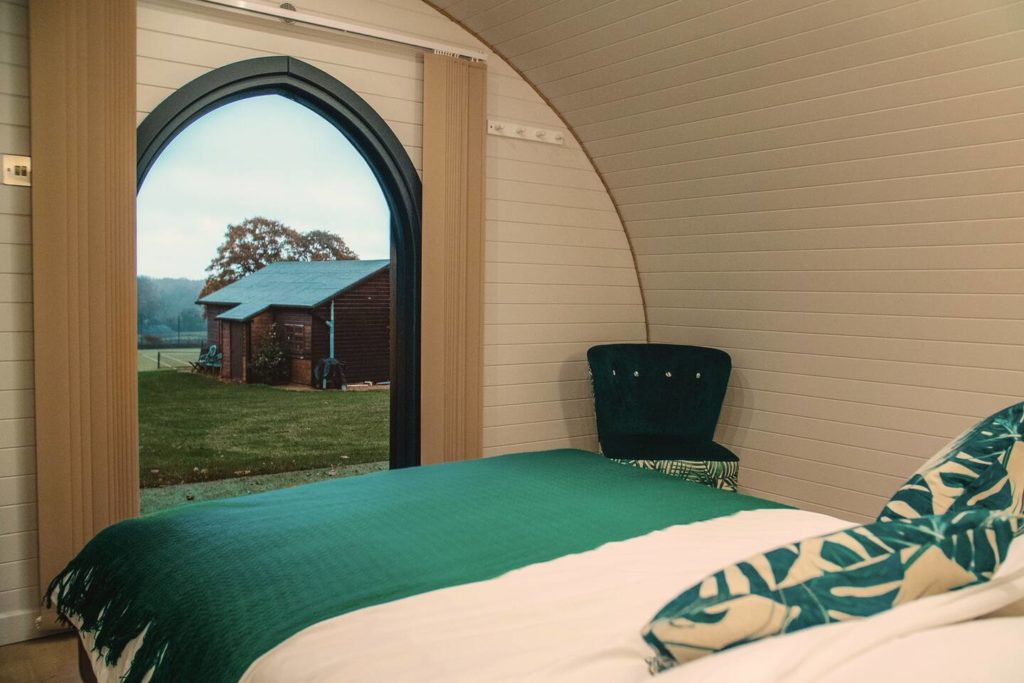 Apollo and its location on the grounds offer so much to its guests. It’s fitted with an en-suite of modern style, there is a cloud-like softness to the bed and a small built-in desk tucked away into the righthand corner. Writers have told of Apollo’s creative inducement. The main Manor House acts as an English Immersion Institute where the guests are all international. It was founded by Lewis who is Britain’s foremost Linguist and Cross-Cultural Theorist but directed by his daughter, Caroline. In the summer of 2019, an English student from France, working in IT and also a poet, stayed in Apollo for two weeks. He remarked that the atmosphere, including the veranda outside with chairs and table, invigorated his poetry. Students who visited the manor house, despite having available rooms, desired the cosy Apollo capsule.

“It [Apollo] became,” said Caroline who was recently awarded the title Super Host on Air B&B, “something that people [students] were specifically requesting, and I think the advantage of it was that – particularly people who liked personal space – you had complete privacy. But also, in summer you are right in the middle of nature, you can sit outside and watch animals and look at the sunrise and sunset.” 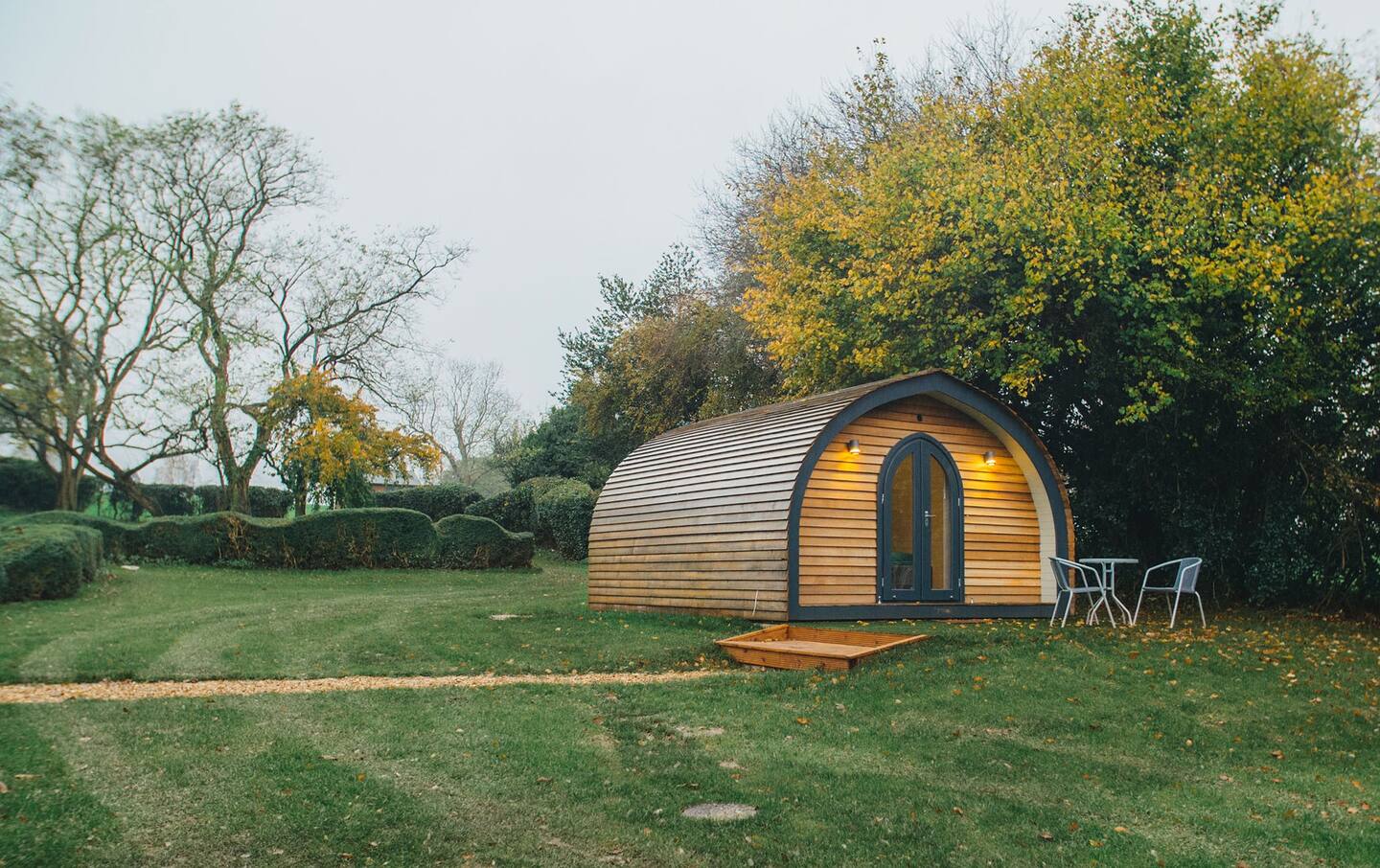 As a writer, I definitely saw the magnetism and appeal of Apollo. The view from the door is immediate and intimate. It sits on a slight slope and overlooks the unfurling land beneath, a pleasant collage of vegetation and rather than dense and oppressive, it is soothing and freeing. And the tennis courts sit a few hundred yards away, perfect for when you want to train your backhand.

I had the unrelenting urge to stay longer. I wanted to submit to the greenery and tranquillity, to be engulfed by nature and have no modern interruptions in my recluse.

The next morning, I stood on the veranda with a steaming cup of coffee made from the kettle inside. I surveyed the calming isolation that this place offered and took advantage of every passing second. This place made me unavoidably present and fostered a sense of immediacy with the world. I was amazed how just one day alleviated me of all my worries from before. The silence at Apollo was blissful and recuperating, orbiting so distantly from the chaotic Corona-infested cities.

Even if you are not a writer looking for a place of solace to search for words, I cannot suggest this place, Apollo, enough: this is truly what self-improvement looks and feels like. It was one small drive by car, a giant leap for mind. 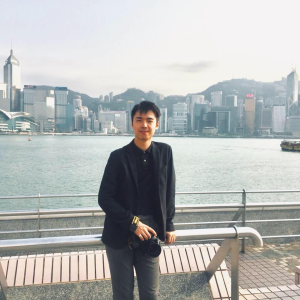